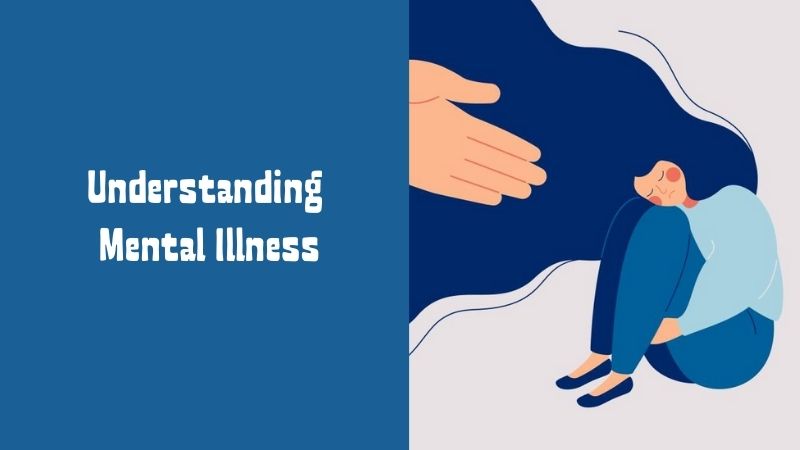 Mental disorders are diseases that cause disturbances in the thinking, behavior and emotional state of a person. The patient develops abnormal thoughts and perceptions of reality (hallucinations, suicidal tendencies, paranoia), an unstable emotional state and behavioral reactions (aggression, depression), difficulties in communicating with people around. According to the World Health Organization, nearly one in four people worldwide suffers from mental health problems. Small deviations and short-term disturbances are common, but if a person experiences suffering, can harm himself and others, is not able to think adequately and cope with everyday tasks, then they already talk about serious mental abnormalities.

People with mental disorders are in dire need of professional help, because a negative attitude towards such diseases persists even in modern society. People with mental disorders often do not receive the help they need, and the illness is seen as less real than physical illness. Often, society considers people with mental illness to be to blame for this situation: “it’s all because of laziness, irresponsibility, infantility, bad habits.” But there are many reasons for the emergence of deviations in the psyche (quite real, not fictional). These are heredity, infections, brain injuries, metabolic disorders, unfavorable environmental conditions, social insecurity, conflicts, unfavorable working conditions, constant stress, emotional distress, drug and alcohol use. In addition to emotional and behavioral disorders, mental deviations lead to malfunctions of the body systems (disturbances in the work of the heart, speech, muscle tension, dizziness).

Mental disorders do not always manifest themselves brightly enough. It takes years for the development of some diseases, uncharacteristic traits in character and behavior appear gradually, a stable state can alternate with breakdowns. It is important to notice the manifestations of the mental disorder and seek treatment. Most of the symptoms can be stopped with the help of medication and therapy, and the disorder can be cured or significantly alleviated the patient’s condition, and returned to a healthy life and social activity. Signs of mental abnormalities:

Treatment of mental disorders is divided into two methods: somatic and psychotherapeutic. Somatic methods are aimed at normalizing the functioning of the nervous system and the whole organism. These are medication (antidepressants, sedatives, mood stabilizers) and brain stimulation therapies (electroconvulsive therapy, transcranial magnetic stimulation and vagus nerve stimulation). Brain stimulation is used to treat depression. During therapy, neurotransmitters are released from the cells, which are responsible for thought processes, mood and concentration. In this way, emotional reactions and mood can be controlled, the state of activity and energy of the patient can be influenced, and the symptoms of depression can be relieved. This method is used most often when the patient does not respond to drugs and psychotherapy. It is most effective to combine medications and stimulation therapy with psychotherapeutic help for mental disorders.

In the treatment of mental disorders, the ultimate goal is to return the patient to society, to relieve not only physical but also psychological suffering. People with mental illness are often lonely, face misunderstandings and judgments, and need support. Despite the fact that the causes of many mental disorders are negative life experiences or traumatic experiences, government clinics usually use only medication. And the patient, after discharge, remains with his or her problems, fears and doubts. To cope with the psychological side of the disease, psychotherapeutic methods are needed: psychotherapy, behavioral therapy and hypnotherapy. Professional help for mental disorders includes a complex of somatic and psychotherapeutic methods.

Psychotherapy in the treatment of mental disorders allows you to analyze distortions in thinking (cognitive therapy), the causes of problems in relationships with people (interpersonal therapy), painful experiences and established reactions (psychoanalysis, psychodynamic therapy) and to develop new ways of knowing and responding to the surrounding reality. With the help of behavioral therapy, the patient gets rid of neurotic behavior and “learns” to behave in a new way in various life situations, including stressful ones. This method is often used in the treatment of phobias to “teach” a person to respond appropriately to the object of fear. Hypnosis is used to relieve pain, eliminate fear and anxiety, and as a sedative. With the help of hypnotherapy, you can find out the deep reasons for the occurrence of a mental disorder and make a therapeutic suggestion. Such help for mental disorders is used less often due to the different susceptibility of people to hypnotic suggestion and contraindications for some types of mental disorders.

It is impossible to receive full-fledged help for mental disorders at home, but consultation and, if necessary, medical assistance will help stop acute conditions and decide what to do next. The inpatient clinic for patients is equipped with an intensive care ward, a research laboratory, physiotherapy wards, psychotherapy and massage rooms. In the process of treatment, the therapist, neurologist, neurophysiologist, psychopharmacologist, endocrinologist and other specialists of related categories must take part (in addition to the psychiatrist and psychotherapist). Pharmacotherapy is selected after a thorough examination of the patient. If necessary, specialists first eliminate the neuroleptic syndrome, if the patient has previously taken psychotropic drugs. In the rehabilitation process, social skills training and family psychotherapy play an important role. Relatives who know how to support the patient during and after treatment also take part in the treatment of mental disorders.

In mental health centers, you can get round-the-clock help for mental disorders, an emergency doctor’s call works at any time of the day. Benefits of treatment in a clinic:

Only comprehensive treatment of mental disorders and soft integration of a person into social life will help to cope with mental illness forever.