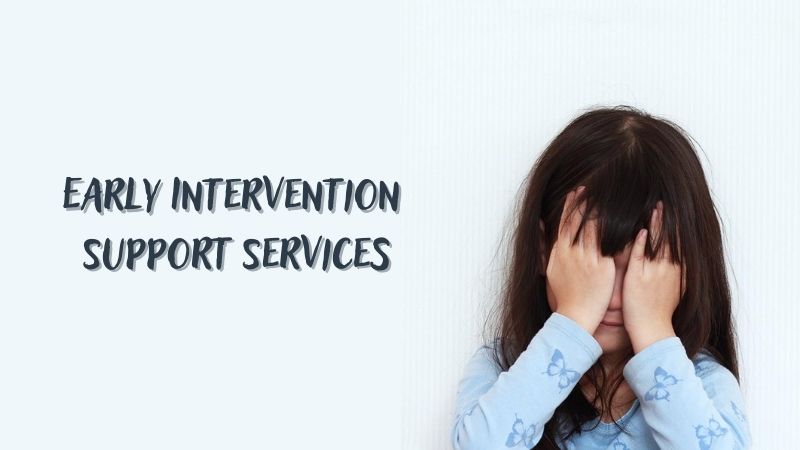 People usually attribute the child’s strange behavior to humours, bad upbringing or awkward age. But everything may more dangerous than it seems at first glance. This can mask the symptoms of a child’s nervous breakdown.

We invite all parents, adoptive parents, guardians, foster parents to take into account the advice of psychologists, which will help to recognize psychological trauma in a child and recommendations on how to work with it.

The health of the child is a natural matter of concern for parents. When the child has any alarming symptoms, we run to the doctor, look for information on the Internet, buy medicines. But there are also non-obvious symptoms of ill health, to which we are accustomed to close our eyes, believing that the child will outgrow, “this is all wrong upbringing” or simply he has such a character.

The child avoids eye contact, does not talk, often falls into tantrums, cries or is sad all the time, does not play with other kids, is hexcessively excited, inattentive, behaves badly, is anxious, too apathetic, has tics, manic motions, stammer, urinary incontinence, frequent nightmares.

During adolescence, it can be a constantly bad mood or apathy, emotional instability, anorexia nervosa and bulimia, self-injury, cruelness and violent behavior, absentmindedness, poor concentration, abuse of alcohol and drugs.

Nervous system disorders are also characterized by enhanced recklessness and poor self-discipline, increased fatigue over a long period, hatred of oneself and one’s body, beliefs that other people are cruel and violent, suicidal spirits or attempts, strange beliefs, daydreams (visions, sounds, sensations).

The list of symptoms of mental and nervous disorders is, of course, broader. It is necessary to pay attention to all the unusual, strange and alarming moments in the child’s behavior, given their persistence and duration of manifestation.

Remember, what is normal at one age may be an indication of a problem at another. For example, lack of speech or poor vocabulary is not typical for children over 4-5 years old.

Stormy tantrums and tears are a way for a 2-3-year-old child to test their parents’ strength and find out the boundaries of acceptable, but it s inappropriate behavior for a student.

Fear of strangers, losing a mother, darkness, death, natural disasters are natural according to age norms, up to early adolescence. Later, phobias may indicate a dysfunctional mental life.

Make sure that you yourself are not asking your child to be older than they really are. The mental health of preschool children is largely dependent on their parents.

Carefully observe how the child behaves in different situations and in different environments, how he or she is at home, and how he or she plays with children on the playground, in kindergarten, if there are problems at school and with friends.

If educators, teachers, other parents complain to you about your child’s behavior, do not take it personally, but find out what exactly concerns them, how often it happens, what are the details and circumstances.

Do not think that they want to humiliate you or accuse you of something – compare the information and draw your own conclusions. Perhaps a look from the outside will be a necessary clue, and you can help your child in good time: visit a medical specialist. Neuropsychiatric disorders in children are curable, the main thing is not to neglect ailment.

The stigmatization of mental health problems and disorders is still prevailing in our country. This tortures sick people and their relatives. Shame, fear, confusion and anxiety make it difficult to seek help, as time passes and problems worsen.

According to statistics, in the USA, on average 8-10 years pass between the appearance of the first symptoms and seeking help. Whereas about 20% of children have some kind of mental disorder. Half of them, indeed, outgrow, adapt, compensate.

Mental disorders often have a genetic, organic basis, but this is not a sentence. With the help of upbringing in a supportive environment, they can be avoided or significantly reduced.

The attitude of parents to the child from birth to 3 years, how the pregnancy and the first months after childbirth took place, the emotional state of the mother during this period lay the foundations for the child’s mental health.

The most sensitive period is from birth to 1-1.5 years old when the personality of the baby is formed, his/her further ability to adequately perceive the world around him/her and flexibly adapt to it.

Serious illness of the mother and child, her physical absence, strong emotional experiences and stress, as well as neglect of the baby, minimal bodily and emotional contact with him/her (feeding and changing diapers is not enough for normal development) are risk factors for the occurrence of disorders.

What if you think your child is behaving strangely? This may be a sign of mental health disorder. Look for a specialist and seek help. Depending on the symptoms, either a neurologist, a psychiatrist, or a psychologist or psychotherapist can help.

The doctor will prescribe medications and procedures, a psychologist and psychotherapist, with the help of special classes, exercises, conversations, will teach the child to communicate, control his/her behavior, express himself/herself in socially acceptable ways, help resolve internal conflict, get rid of fears and other negative experiences. Sometimes you may need a speech therapist or remedial educator.

Not all problems require the intervention of doctors. Sometimes a child reacts painfully to sudden changes in the family for him/her: divorce of parents, conflicts between them, the birth of a brother or sister, the death of a close relative, the appearance of new partners from the parents, a move, the beginning of attending a kindergarten or school.

Often the source of problems is the system of relationships that has developed in the family, between mother and father, and the style of upbringing.

Be prepared that you yourself may need to consult a psychologist. Moreover, it is often enough work with adults for the child to calm down and his/her unwanted manifestations come to naught. Take responsibility for yourself. “Do something. I can’t take it anymore”, is not the position of an adult.

Read literature, attend lectures and seminars on parenting, engage in your own development as a person. Apply this knowledge to your child. Feel free to ask for help and advice.

Because the main task of parents is to love the child, accept his/her imperfections (as well as their own), protect his/her interests, create appropriate conditions for the development of his/her own individuality, without replacing it with your dreams and ambitions about the ideal child. And then your child will grow up healthy and happy.